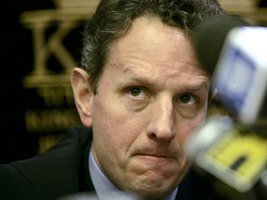 This quote from Voltaire is a good one to keep in mind when you find yourself trapped and unable to make forward progress with something.  In particular I’m talking to our ‘best and brightest’ who are running the market and the economy into the ground with their doom and gloom.. and lack of a specific plan.  There are lots of good ideas being put out there… just not by anyone in DC.  Some ideas could be done quickly to stop the freefall… getting rid of mark to market… killing the financial ultra short ETF SKF and maybe a show trial or two for some of the criminal fund managers making the news every week.  At least that would give those senators something to do other than spend us into oblivion.

I don’t care where the ideas come from as long as those ‘running things’ pick them up and act on them and stop limply throwing things against the wall hoping something sticks.  Oh yea… it would also be really great if the Spender in Chief would stop saying things.  Every time he holds a press conference we loose another 300 S&P points… what happened to all that hope we heard so much about?  You wouldn’t be trying to prolong the crisis to advance your big government, command and control agenda would you??